Sunday is a day for lying in and laughing at politicians, except usually politicians are trying to kill you one way or another. What...
40

This has been a very busy week of sleeping through terrifying events that were overshadowed by tedious rich-people events – an...
204

Is Your #Retirement #Plan Right For You?

Are you #40 or under and worried you’re paying into the wrong #retirement plan? Look no further than this #climate-conscious a...
157

Is It The #Rapture Yet?

Is it The #Rapture yet? The suspense is killing me. Also the #radiation, because #Zaporizhzhia, the largest #nuclear #power #plant i...
183 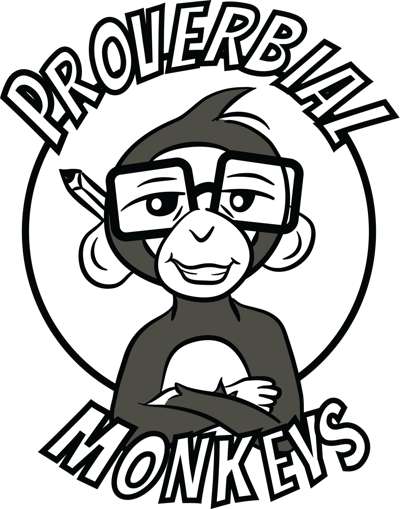 Proverbial Monkeys is the media empire of renowned tv personality Samuel Collins. Beloved by insomniacs and grandmothers across Lake County and beyond, Samuel anchored the late-late-late-late-late-early-early show on K-RAP until an unlocked iphone and an FCC ruling gave him the courage to make the leap into the howling internet hurricane of rumors, lies, career-ending dick pics and lethal health advice. Thanks to the FCC plea-bargain Samuel can now be seen on youtube if you search hard enough, for no more than a statutory seven-and-a-half minutes at a time.

Doors! What Even Are They?

Head Monkey
2.2K
Remember #doors? Humans have only had doors for 60,000 years and perhaps #caves really *are* better without them. How could anyone w...

Everything I Never Wanted To Learn About Microphones During A Plague

Head Monkey
636
A #sarcastic comparison #review of condenser #microphones for indoor #dialogue, including the Stagg CM-5060, #AudioTechnica AT8033,...

Head Monkey
631
December is the time for alcohol and forgetting. And drinking enough to forget how much you’ve drinked. It’s not a time...

Apparently I use cookies on this website to remember your preferences and repeat visits. By clicking “Accept”, you consent to the use of cookies. Read More
Accept
Manage Consent

This website uses cookies to improve your experience while you navigate through the website. Out of these, the cookies that are categorized as necessary are stored on your browser as they are essential for the working of basic functionalities of the website. We also use third-party cookies that help us analyze and understand how you use this website. These cookies will be stored in your browser only with your consent. You also have the option to opt-out of these cookies. But opting out of some of these cookies may affect your browsing experience.
Necessary Always Enabled
Necessary cookies are absolutely essential for the website to function properly. These cookies ensure basic functionalities and security features of the website, anonymously.
Functional
Functional cookies help to perform certain functionalities like sharing the content of the website on social media platforms, collect feedbacks, and other third-party features.
Performance
Performance cookies are used to understand and analyze the key performance indexes of the website which helps in delivering a better user experience for the visitors.
Analytics
Analytical cookies are used to understand how visitors interact with the website. These cookies help provide information on metrics the number of visitors, bounce rate, traffic source, etc.
Advertisement
Advertisement cookies are used to provide visitors with relevant ads and marketing campaigns. These cookies track visitors across websites and collect information to provide customized ads.
Others
Other uncategorized cookies are those that are being analyzed and have not been classified into a category as yet.
SAVE & ACCEPT
Powered by